10 Famous Hoaxes that Fooled The World

Chess has long been the game of polite society. In the 15th century, it was more or less impossible to find a castle or mansion without a chess set as a centerpiece of libraries or common rooms. Philosophers, clergy, and nobles all played. An abstract game of thought and strategy, it was the mark of intelligent thinkers across Europe.

Until one day in 1770 when an intricate machine appeared on the scene and began beating world-class chess players left and right.

The Mechanical Turk was a carved device with intricate gears and machinery that allowed it to move pieces around a board, apparently in response to a human opponent. Crowds marveled at the machine; emperors and kings watched it play in delight as it beat many of the finest chess players of the day.

But the Turk was a hoax, one that lasted more than 80 years and became one of the most famous and lengthy tricks in history. A human player hidden inside was the only real secret.

Hoaxes aren’t just a mystery for those who fall under their spell, however. They also represent a field of study for psychologists, who can use them to develop insights into human perception and belief. So it’s a good idea for any future psychologist to sit down and learn a little bit more about the top ten hoaxes in history.

What is a Hoax?

A hoax is a deception. The deception is rooted in getting people who aren’t in on it to accept facts, statements, or images that are incorrect and often somewhat unbelievable. A hoax can be either malicious, designed for some purpose, like defrauding unsuspecting customers, or fanciful, a joke created purely for laughs and with no ill intent.

In the field of psychology, hoaxes mostly revolve around things that people want to believe. Who doesn’t want to see Justin Bieber shave off all his hair, for example?

While these are either a bit funny or a bit embarrassing for most people, depending on their perspective, for psychologists hoaxes are a fascinating case study into how the brain processes information. What is it about a successful hoax that is more believable than one that falls flat? Why is it that people facing even definitive proof of the hoax will cling to a belief that it is real? How do hoaxes propagate and spread through populations? And what about people for whom the reverse is true, who refuse to believe legitimate facts and events and instead think they are actually hoaxes?

Hidden in every hoax is a ton of incredible psychology data waiting to be found. Today, the study of hoaxes and their relationship to the rise and spread of misinformation is becoming more important than ever. As the COVID-19 pandemic circles the world, fueled in part by the idea that the disease is only a hoax, this research has taken on a life-and-death level of importance.

Hoaxes have been known to rise from the level of a short con or joke to become issues of international importance worthy of investigation. Even the most skeptical minds in science can’t help but consider the possibility that the video of aerial phenomena recorded by military pilots and making its rounds on the nightly news in recent years reveals something not yet fully understood.

These ten real hoaxes were big deals in their day, but you may find that they still tell a story of human psychology that’s relevant even now!

Share this infographic on your site!
Hoaxes: We’ve all fallen for them at one time or another.

There have always been hoaxes (even before the Internet):

1770: The Turk was said to be a chess-playing automaton.

The machine consisted of a life-size model of an adult male, dressed in robes and a turban, as well as a cabinet measuring three feet long, two feet wide, and two and a half feet high, on top of the cabinet rested a chessboard.

FACT: This ingenious hoax fooled the world for almost 100 years.

In 1869, tobacconist and atheist George Hull, after an argument regarding the passage in Genesis 6:4 stating that there were giants who once lived on Earth, devised an elaborate scheme which would come to be regarded as one of the most famous hoaxes in American History.

Hull hired masons to cut out a 10 foot block of gypsum which he claimed would be used for a monument to Abraham Lincoln. He transported the ‘giant’ to Cardiff, New York, where he had it buried .

A year later Newell hired men to dig a well at a specific spot on his property, and on October 16, 1869 they found the stone giant. The giant quickly became an attraction, Newell charged 50 cents for each person that wanted to see it. Hull eventually sold his share of the find for the tidy sum of $23,000 (Roughly equivalent to $400,000 in 2013)

FACT: The giant eventually drew the attention of P.T Barnum, who offered to buy it for $50,000.

3. The Surgeon’s Photograph of the Loch Ness Monster

(Search “The Surgeon’s Photograph” for image)

1934: The most famous photograph of the Loch Ness Monster, the Surgeon’s Photograph was supposedly taken in 1934 by a respectable British surgeon, Colonel Robert Wilson. He claimed that while driving past the Loch, he saw something in the water, and just happening to have a camera on hand decided to take some pictures.

FACT: For 60 years people debated over the photograph.

4. War of the Worlds

1938: On Oct. 38, Americans had their regularly scheduled radio broadcast interrupted by breaking news declaring that the Earth was under attack by Martians, many took it to be the truth. Hysteria ensued as thousands panicked, clogging roads, flooding police stations, newspaper offices, and radio stations with calls, or fleeing their homes entirely.

In fact: At the beginning of the show it was stated that the following program would be an adaptation of H.G Wells’ classic, The War of the Worlds, narrated by Orson Welles. Unfortunately, a great many people missed the beginning and only tuned in once the show had begun. So what is arguably the greatest hoax in the history of the world, wasn’t really a hoax at all. Just a case of unfortunate timing.

1983: Germany’s Stern magazine announced that one of their reporters, Gerd Heidemann, had uncovered possibly the greatest piece of Nazi memorabilia in the world, the diaries of Adolf Hitler.

FACT: Stern paid 9.3 million German marks for the the sixty-two volumes. Within two weeks of Stern’s announcement, the German Federal Archives made an announcement of their own, that the diaries were fakes. Not just fakes, but terrible fakes, printed on modern paper and using modern ink. The editors of Stern resigned within hours.

2001: This is the first true internet hoax. This image was passed around via email, along with the claim that it was National Geographic’s “Photo of the Year.”

The truth: The image is a composite of two separate images—one of a helicopter performing a training maneuver in front of the Golden Gate Bridge and an image of a great white shark taken in South Africa.

2006: a 16-year-old girl began posting video blogs about her everyday life under the YouTube username “lonelygirl15.” The videos began to gain more and more of a following as Bree’s parents supposedly went missing.

The truth: It was outed as fictional four months after it began.

3. How to charge an iPod with an onion

2007: The mostly-joke how-to site Household Hacker hit the big time with their viral video that purportedly demonstrated how to charge an iPod using nothing but an onion and a glass of Gatorade. The got a ton of press and frustrated a lot of people who plugged their electronics into vegetables.

The truth: Busted by the Mythbusters.

2012: A photoshopped image of Entertainment Tonight’s Twitter feed began making rounds on the Internet in fall of 2012. The image showed apparent confirmation that Justin Bieber had been diagnosed with cancer, along with the hashtag #baldforbieber. The hashtag soon appeared with images of fans who had shaved their heads in support.

The truth: Bieber doesn’t have cancer.

5. Taylor Swift and the school for the deaf

2012, “VH1 Storytellers,” Papa John’s, and Chegg launched a competition saying Taylor Swift would perform at the school that received the most votes. Reddit and 4chan jumped at the opportunity to prank another celebrity, and it soon looked like the Horace Mann School for the Deaf and Hard of Hearing would win.

The truth: After the overwhelming victory, Taylor Swift and her sponsors disqualified the school. 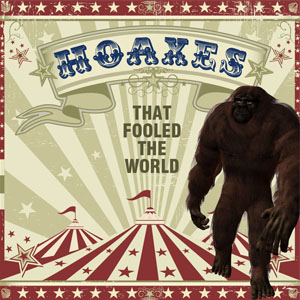 30 Most Unethical Human Experiments in Psychology