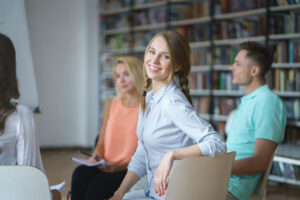 Psychology is the science of human thought and behavior. Psychology majors study the mind and how it affects social interactions, society itself, and individual health and happiness.

Since that basically wraps up every aspect of human lives, you can see it’s a pretty big and pretty important field.

If you’re wondering, why major in psychology? – you are not alone! A lot of newly enrolled college students are asking themselves the same question. And more than 100,000 of them every year answer yes.

That’s according to the National Center for Education Statistics, which put psychology as the sixth most popular major in the country in 2019, the most recent year that data was available.

But just because psychology is a popular major doesn’t mean it’s the right major for you. Taking a look at the kind of classes you’ll take as a psychology major might help you make up your mind, but it will probably take a deeper, more personal exploration to make your final decision.

It’s reasonable to have questions about how a psychology degree might affect your life and career. Should I major in psychology? What kind of jobs can I get with a bachelor’s in psychology? These are, without a doubt, the most fundamental questions you should be asking.

There are a lot of misconceptions about psychology floating around out there. So, why major in psychology?

Can You Major in Psychology Without Becoming a Psychologist?

One of those misconceptions is that getting a degree in psychology will make you a psychologist. You know, the kind that deals with people laying on couches all day and talking about their feelings. But nothing could be further from the truth!

Psychology is a huge field with a ton of different applications in industries ranging from healthcare to high technology. And that can make even a bachelor’s degree in psychology useful even if you never plan to become a psychologist.

Should I major in psychology even if I’m not at all interested in providing any kind of therapy or psychological treatment? Yes! Getting that ground-level education in psychological principles actually unlocks an understanding of behavior that can boost your skills in just about any kind of career. Stock traders and investment bankers can use psychology training to understand the movement of markets. Small business owners can use it to develop effective marketing techniques.

In fact, some of the highest paying psychology careers may not even be in traditional psychology practice at all.

The Top 8 Reasons Why You Should Major in Psychology

1. Should I Major in Psychology if I Love the Idea of Being Able to Help People?

Psychology is all about people, and if you love talking with folks and learning more about them, then this is going to be the right choice for you. Psychology doesn’t exist without the human brain. And unlike neurology, you can’t really figure out what’s going on up there by just cutting that big melon open and taking a look at the gray matter directly.

That leaves talking and interaction. Whether it’s running experiments on behavior or using the question and answer process of psychotherapy, you have the opportunity to get all kinds of direct interaction with all different types of people, every day.

2. Can You Major in Psychology if You Aren’t Interested in Working With People At All?

Good news! Actually, psychology is a great choice if you hate working with people, too.

Everything we mentioned above about psychology not existing without people is true. But it’s also true that you don’t necessarily have to interact with people directly if you are interested in studying the field.

There is a lot of psychology work that happens while you are sitting alone in an office these days. Statistical analysis is a solo kind of research, using data coming in both from direct experiments or just being generated by the modern interconnected world. You don’t have to talk to a soul to see what shopping choices people are making, or how they interact on social networks every day. And you can sit alone and come up with all kinds of theories and analysis without every seeing another soul.

3. Should I Major in Psychology if I Want to Understand What Makes People Tick? 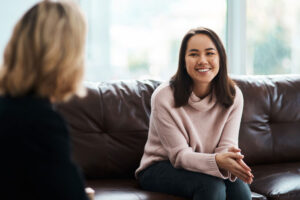 Human beings are unique in that we often can’t even really explain ourselves to ourselves. The mysteries of why we do what we do in a given situation has given philosophers fuel for thought going all the way back to Plato. Even the question, “should I major in psychology?” is likely to be rooted in some psychological stuff.

Psychology offers some answers to those eternal questions. If you are a deep thinker looking for explanations about what drives the behaviors of human beings, psychology is where you will start to find those answers. You’ll learn the latest research while also launching into some explorations of the forces driving human thought and behavior through the ages. You’ll see echoes of your modern thinking in the ideas developed thousands of years ago, and you’ll see how those ideas still describe how people think and act today.

4. Should I Major in Psychology if I Want to Understand Why Society Works the Way It Does?

Individual psychology is a complicated matter, but the complexity really goes up the scale when you start thinking about how all our individual thoughts and actions merge to form cultures and societies today. You can’t understand the human world around you without understanding psychology.

A psychology major will give you not just a perspective on how people process information. It will also offer up some explanations of how those thoughts and actions are affected by those around us. And it will give you some idea of how the accumulation of all those individuals come together to create a kind of collective consciousness, shaping how human cultures are made and how they operate every day.

5. Should I Major in Psychology if I’m Up for Some Big Challenges?

Of all the different things that psychology is, easy is definitely not one of them. But for some people, that’s exactly what they are looking for in a major.

If you want to be challenged with new ideas, new opportunities, and new ways of thinking, then a psychology major is going to be right up your alley. There’s nothing more interesting or more difficult than trying to tinker with the machinery of the mind while using that same machine to examine it. You might have been valedictorian but there’s always some concept or question in psychology that will keep you up at night thinking in your dorm room.

6. Should I Major in Psychology if I Want to Keep My Career Options Open? 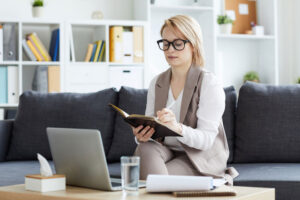 As we noted in the intro to this list, psychology has applications in all kinds of different fields that many people don’t even realize. The CIA uses psychology professionals to interrogate terrorism suspects. Psychologists have helped shape public health messaging throughout the COVID-19 pandemic. Psychology goes into developing the product packaging for the bag of chips you cracked open last night and even how the store you bought them in is designed and laid out.

That makes a degree in psychology a great option to keep your career path flexible. After four years earning your bachelor’s in psychology, you may decide to keep going to that all-mighty doctoral degree. Or you might take a sharp right turn into an MBA, or go high tech, or take dozens of other different career paths that will be open to you with such a useful degree.

7. Should I Major in Psychology if I Want to Break New Ground?

One of the fascinating things about psychology is that it just keeps evolving. People are basically people, and they have been since long before Freud started asking people how they felt about their father.

But Freud came up with some pretty innovative insights and theories that rocked the psychology world anyway. And so have a long list of psychologists from Pavlov to Maslow to Skinner. And so can you, if you can crunch the numbers, do the research, and have your own flash of insight into how the fascinating gears inside the human head keep turning.

Psychology is always one bright idea away from having a whole new school of treatment options. That bright idea might be yours!

8. Should I Major in Psychology if I Want to Make a Difference?

Even though all these other reasons to major in psychology are pretty compelling, they are also pretty self-centered. But don’t lose sight of the tremendous amount of good you can do in the world with a degree in psychology.

Much of your training will allow you not just to understand people’s behavior and emotions, but also to help them understand themselves. And you’ll walk away with the tools and techniques to help them grow toward more stability, more control, and more happiness with how they behave and who they are. You can fix some deep mental health issues and diagnose others that can be helped by medication or other therapies.

Making a difference in lives and communities might be the best reason that you will ever find to pursue a degree in psychology. But all you really need to do is to find the right reason for you.

Ready to start your journey towards a psychology major? Find an online bachelor’s in psychology degree program!