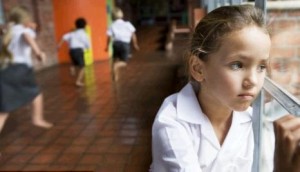 Officially recognized as a diagnosis in the Diagnostic and Statistical Manual of Mental Disorders in 1992, Asperger’s Syndrome (AS) is a developmental disorder that falls on the higher functioning end of the autism spectrum. Although individuals with Asperger’s do not have the cognitive and language deficits that are often associated with autism, they do face challenges with interacting, communicating, and connecting with others. Since the spectrum disorder is often linked to a lack of understanding on the unspoken rules of social engagement and lack of empathy for human emotions, people with Asperger’s Syndrome are often receive a stereotype for being aloof loners or awkward nerds. However, behavioral researchers have developed a new theory about the nature of the syndrome that may completely change how these individuals are perceived and how they interact with the world around them.

From the Swiss Federal Institute of Technology in Lausanne, scientists Henry and Kamila Markram have created an alternative hypothesis for autism and Asperger’s Syndrome that indicates the foundational problem in all spectrum disorders is actually not a social deficiency or lack of empathy for the individuals around them. Instead, the “Intense World” theory suggests that those with Asperger’s are hypersensitive to experiences that trigger an overwhelming response of fear. Changing the way that mental health professionals think about the disorder, the Markhams state that the social difficulties of AS arise from the individual struggling to cope in an environment where the volume or intensity of senses have been turned up past ten.

According to the “Intense World” theory, the hypersensitivity to feelings and experiences swirling around in the environment explains the social withdrawal and self-soothing behaviors that are characteristic in people diagnosed with Asperger’s and other autism spectrum disorders. The heightened sense of awareness causes these individuals to engage in repetitive movements, echoing words or behaviors, and failing to make eye contact with others, which interferes with normal social development patterns. Therefore, children on the spectrum do not gain the necessary experience through ordinary social interactions and do not learn to understand the subtle social cues due to the fact that they feel too many senses.

What Research Says about Empathy

With the new theory, the Markrams suggest that many people mistakenly believe that the lack of empathy is a defining characteristic of Asperger’s Syndrome because empathy is a complex human emotion. While one obvious aspect is the ability to see the world from the viewpoint of another human being, another is more emotional and involves the capability to imagine another’s feelings and care about their struggles. Research studies support the fact that autistic children develop the first part of empathy much later than other children and have a problem with realizing other people have different perspectives. However, once people with the disorder develop this awareness of others’ experiences in later adolescence, they do care and are empathetic.

Overall, researchers have found significant evidence that supports the face that individuals with Asperger’s Syndrome have trouble reading subtle social cues, but are extremely empathetic for others. In fact, the hypersensitivity of their senses causes these people to become overwhelmed by their feelings and pull back from social connections. Those with Asperger’s are so deeply impacted by the pain or sadness of others, so the feelings trigger an intense fear response that causes them to turn away or act socially aloof. Children and adults with Asperger’s Syndrome and other spectrum disorders are not unemotional, they simply have to withdraw because the world is too intense.