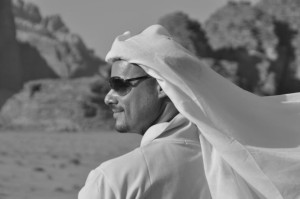 One of the fastest growing fields in modern psychology is that of psychoanthropology, or psychological anthropology. This growing field studies the intersection of modern psychology and the culture of local populations. As a result, it’s a field primarily concerned with discovering why people engage in popular culture or counter-culture, and what determines how something becomes “mainstream” or falls by the wayside.

This fascinating field of study is a concentrated area of research on many college campuses, where it is becoming more widely understood and published via major industry journals. The key areas of study within psychological anthropology help researchers determine culture’s impact on everything from emotion to perception, mental health, and motivation.

A Relatively New Facet of Psychology

Unlike the field of psychology itself, which dates back more than a century, psychological anthropology is a relatively recent way to study the behaviors and choices of people around the world. The field largely came into existence in 1972, when leading researcher Francis Hsu proposed combining the study of culture with the study of personality. Since then, psychological anthropology has morphed into the study of more than just personality. Entire academic departments and private research groups have devoted themselves to viewing mental illness through the lens of popular culture, for example. This has led to fascinating studies that examine the how major cultural differences can produce different types of mental illness, encourage motivation in different ways, or lead to entirely different cognitive processes.

Breaking it Down: Major Areas of Study for Psychological Anthropologists

As with virtually all fields within psychology, psychological anthropology is exceedingly broad. To get the best understanding of culture’s impact on personality, and how personality can influence the adoption of cultural influences, psychologists have broken the field down into several key components. These components include all of the following:

In recent decades, psychologists have actually found that culture plays a significant role in an individual’s mental health. Specifically, researchers in this area have focused on the influences of western culture, capitalism, socialism, eastern culture, and undeveloped nations, as influences that change how people handle mental health problems and whether or not they develop significant mental health problems at all. This field is responsible for understanding the link between a strong professional drive and higher rates of depression, for instance. It has also helped researchers point to key mental health differences between societies throughout Europe, North America, Asia, and Africa. As a result, treatment of mental health patients around the world has been changed and customized to fit unique cultural factors that were once unknown.

Different things motivate different people, as psychological studies have proven time and again for at least the last century. Increasingly, however, psychological anthropologists have found that different cultures can be motivated by different cues. This type of research has helped global employers maintain a more productive and satisfied workplace in global outposts the world over. By understanding different cultural sources of motivation, psychologists and anthropologists can more easily pinpoint inherent desires and culturally conditioned responses of individuals based on where they were born or where they’re currently living.

Psychology has always been concerned with the ways that people think and how that thought process might influence behavior. With an anthropological view on these matters, however, psychological anthropology focuses on how culture influences perception of threats, conditions behavior, and alters perception of other people. This growing field examines differences between developed and undeveloped nations, eastern and western cultures, and different types of cultural histories.

A Fascinating Field Within the Psychological Profession

Psychology may be more than a century old, but it continues to develop in new and fascinating ways. By taking a more cultural view of traditional psychological issues, researchers can understand how motivation is influenced by years of cultural development, different economic systems, and different levels of economic activity. For this reason, psychoanthropology will likely continue to grow in popularity for the foreseeable future.