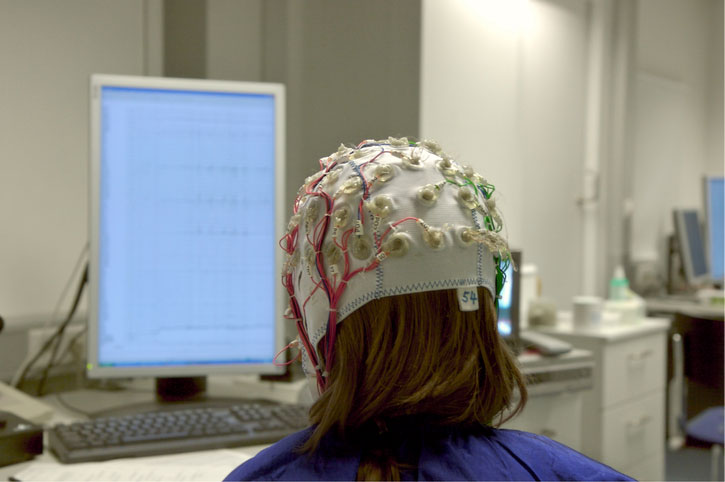 As one of the most controversial and criticized branches within the diverse field of psychology, parapsychologyinvolves the study of interactions that transcend the physical laws of nature.

For most professional psychologists and scientists, parapsychology is considered a pseudoscience. However, being taken seriously is a challenge for any cutting-edge exploration of inexplicable phenomena.

Few people believed in the germ theory of disease until scientists like Snow and Pasteur took the time to investigate and develop what became rigorous proof of the unseen phenomena.

Who is to say a similar revolution is not waiting to happen in parapsychology? Learn more about this unique career in psychology here.

So, what is parapsychology the study of? Parapsychology is the systematic, scholarly study of psychic phenomena and other paranormal occurrences that have no apparent scientific explanation. The domain of parapsychology is generally considered to include five key areas:

According to the Parapsychological Association, parapsychology is defined as the “scientific and scholarly study of three kinds of unusual events (ESP, mind-matter interaction, and survival), which are associated with human experience.”

What Is the History of Parapsychology?

Parapsychology wasn’t always quite as niche as it has become today. All cultures have a history of unexplainable mental phenomena. Before there was a field of science, myth and folklore served to provide people with a framework for believing in these phenomena.

But as the scientific method proved its value in fields like chemistry and biology, many early psychological researchers had a sense that it would help them understand parapsychological phenomena as well.

The Society for Psychical Research was founded in London in 1882 and enjoyed many mainstream luminaries of scientific thought including Lord Rayleigh and William James. James brought the society to America, and prestigious universities such as Duke and Stanford began legitimate investigations into extra-sensory perception.

By the 1950s, even the government was involved, with the CIA funding the Stargate Project to explore intelligence gathering by paranormal methods.

Despite the money and attention put into the field, no parapsychological researcher managed to develop evidence sufficient to convince other scientists that any of the phenomena were real.

What Do Parapsychologists Study?

Most scientists in the field of parapsychology focus their research on the broader study of consciousness and the mind to evaluate human abilities that are outside the normal range.

Parapsychologists are usually concerned with testing the range of supposed human capabilities that have never been scientifically supported to find empirical-based research findings to prove their existence.

What are common criticisms and responses to parapsychology? Many people find the thought of parapsychologycontroversial because their ideas of the field are shaped by decidedly unscientific media coverage and popular entertainment.

Contrary to popular belief, the field of parapsychology is not concerned with solving the bizarre questions of mysterious phenomena and fringe topics like astrology, witchcraft, alchemy, vampires, aliens, paganism, or the search for Bigfoot.

Let’s review the five key areas of the study of parapsychology.

Telepathy is the ability to share or receive thoughts or feeling directly between human minds without the use of other currently known channels of communication.

Despite being unable to isolate any positive scientific evidence for the phenomena, parapsychologists continue to investigate it using controlled, remote experimental studies and statistical analysis. They also consider the impacts of certain psychiatric conditions that might lead people to believe they are telepathic, even if no such skill exists, such as thought broadcasting or having experienced thought insertion or removal.

Clairvoyance is the ability of an individual to access information about events distant in time or space to which they have no other means of knowing. Unlike telepathy, this area of parapsychology does not involve accessing information directly from another person’s mind but usually manifests as a vision or dream of an event as it has happened—or will happen.

Studies attempting to prove clairvoyance are like those of telepathy, involving controlled attempts to view settings or occurrences through which the viewer has no standard perceptual access.

Precognition involves being able to predict future events before they occur. These are particularly difficult phenomena to investigate since predictions must be very specific to be credible.

Parapsychologists bring a level of rigor and strong definitions to these investigations that other investigators without scientific training may lack.

While the previous skills are all entirely mental or informational, psychokinesis is the manipulation of objects or physical systems using mental powers. PK, as it is known by those in the field of parapsychology, is thought to be easy to test, since controlled and sensitive experiments of physical movement can be conducted with great accuracy.

Parapsychologists work to develop rigorous tests that are within the realm of capability for PK-equipped individuals.

Survival studies investigate the possibility that consciousness continues in some form after death and may be contacted and communicated with.

Parapsychologists have a vital role in survival studies in establishing metrics for how to measure and investigate phenomena. Unlike some of the other paranormal fields, there’s no clearly defined type of action or measurement that is widely accepted to constitute proof of life after death. Instead, the field of parapsychology explores definitions of consciousness and what it means to exist.

Parapsychologists can specialize in any of these areas or even strike out into more narrow sub-specialties.

Can You Get a Degree in Parapsychology?

Beyond the options above, you can also obtain a Ph.D. that incorporates parapsychology studies.

Your next best bet is to earn a Ph.D. in psychology.

A Ph.D. program in psychology will give you both the insights into the human mind to evaluate the mental elements of the paranormal as well as the strong research skills you need to seek rigorous proof of those phenomena.

What are major research approaches for a Ph.D. in parapsychology? Your course of study will probably include:

Other concentrations are available in psychology Ph.D. programs, including social, clinical, and developmental. Any of them can be adapted to preparation for a career in parapsychology. You’ll have to decide what your area of interest is and what the best kind of training is to pursue it.

How Do You Become a Parapsychologist?

To become a parapsychologist, there’s no certifying body, no licensing, and there are no national standards. However, generally, the process looks as follows:

Parapsychologist salary data aren’t something you’re going to find in any official statistics. Because there are so few jobs in parapsychology, most parapsychologists have to find other ways to make ends meet. So, what are some practical applications of parapsychology? You can certainly leverage that Ph.D. into a full-time position as an actual psychologist somewhere.

If that’s the path you choose, you can look forward to a median salary of $82,180, which was what the Bureau of Labor Statistics found to be the average for psychologists in 2020. Clinical psychologists can expect even more, with an average of $105,780.

Learn More About Becoming a Parapsychologist

Are you interested in learning more about the thrilling field of parapsychology? If you’re eager to study psychic phenomena and human abilities within the consciousness and mind that are outside the normal range, then becoming a parapsychologist may be right for you. Wondering where you can study parapsychology? Explore psychology programs by state and take the first step to achieve your degree!