What is Mathematical Psychology? 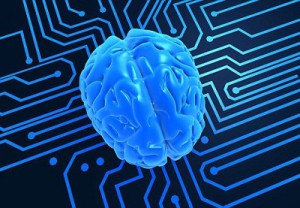 Terms we use every day like child psychology and abnormal psychology are generally understood, but what is Mathematical Psychology?

Mathematics is a precise discipline where formulas have only one set of answers. Psychology is more subjective. It is difficult to see how the two terms integrate.

Simply put, Mathematical Psychology is the study of behavior through a mathematical lens. This science attempts to predict behaviors by applying statistics and mathematical formulas. In order to do this, scientists must first build a foundation of formulas and laws that they can use as the basis for their studies. Another similar type of psychology, psychometrics, differs in that it measures the behavior of populations while mathematics paired with psychology in this arena looks at the behavior of the “average individual.”

What is Meant by “Laws and Formulas?”

While we like to think of human behavior as unique and spontaneous, it really is largely response to stimuli. Theorists have developed laws developed through experiment outcomes to predict repeat behavior. One of these laws, the Probability of Choice, is explained in an article by James Townsend on the National Institute of Health website. That law, the article says, states that the choice a subject makes of one item over another is not influenced by the absence or presence of other items. In order to be valid, that observation should be repeated in experiment after experiment.

Weber’s Law is another example given on the website. It quantifies how humans perceive minute differences in stimuli and how the response varies according to the size and strength of the stimuli. Critics of the discipline say scientists don’t have the foundation (the laws and concepts) developed and organized to the extent they can be utilized in interpreting data. The math, they say, is not as “straightforward” as it needs to be. The main issue is in translating problems being studied, that are influenced by such intangibles as feelings, into mathematical formulas but the introduction of computers and information technology has helped in this process.

How does Mathematical Psychology Apply to Real World Situations?

According to a Wiley Online Library article, mathematics-based psychology deals with the issues of “learning, memory, classifications, choice response time, decision making, attention and problem solving.” Applications in real life include marketing, where the ability to predict how consumers will react to a selection of products is invaluable. Research indicates, for instance, that when faced with a large number of options, people are slower to make choices. Researchers can quantify this difference in reaction time to help tailor ad campaigns. The discipline also has applications in developing learning programs and products. Intelligence quotient assessment (IQ) is done through statistics, which is a mathematical tool used to solve a psychological problem. Health professionals can predict the reaction of people to health campaigns and build wellness education around the data that betters life for whole communities.

Statistics, when used to evaluate psychological experiments, tell the scientist if his data is helpful or is the product of chance. The formulas developed through experimentation into behavior can help society change its approach to solving problems like school dropouts and infectious disease control by predicting behaviors and suggesting program adaptations to address the behaviors. This is the value of Mathematical Psychology.

See also: What is Quantitative Psychology?