What is Cognitive Psychology? 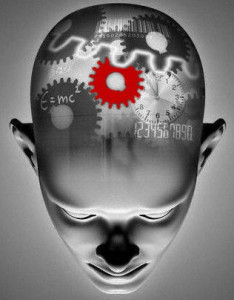 Whether you are pursuing an undergraduate or graduate degree in psychology, you will likely be required to complete at least one course in cognitive psychology. Despite being a relatively new branch within the dynamic and diverse field of psychology, cognitive psychology is rapidly growing to become one of the most popular sub-fields due to the fact that cognitive approaches have been integrated into various other modern disciplines, including social, personality, abnormal, educational, and developmental psychology. Read on to learn more about this highly applicable science and find out if studying cognitive psychology is the best option for achieving your professional goals.

Since the distinction between cognitive psychology and cognitive science can be a bit blurry, it is essential that individuals understand the clear differences between these two fields of study. With a much broader scope of focus, cognitive science is predominately concerned with gathering data through research for application in other areas like philosophy, anthropology, sociology, neuroscience, linguistics, and even artificial intelligence. Since cognitive scientists conduct research mostly on non-human subjects to delve into areas of the brain, cognitive science often provides the database of information that fuels the theory of cognitive psychology. On the other hand, cognitive psychologists are typically involved in running applied psychological experiments involving human participants to collect data related to how the mind takes in, processes, and acts upon various inputs from the outside world.

Despite the fact that cognitive psychology was once criticized for a lack of ecological validity, studying in the growing sub-field can be extremely beneficial because it touches on so many other disciplines. In addition to psychologists, cognitive psychology is frequently studied by people in a number of different fields that can benefit from a deeper understanding on the human mental processes. Cognitive psychology theories can be helpful for engineers, scientists, neuroscientists, anthropologists, linguists, organizational psychologists, architects, software designers, artists, doctors, and speech therapists. Teachers and curriculum developers also commonly study cognitive psychology to learn more about how students’ developing brains process, learn, and retain information.