What are the Best Degrees for Studying Feminist Theory?

NYU
Featured Program: Master of Arts in Counseling for Mental Health and Wellness online - No GRE required. MPCAC-accredited. Prepare to pursue licensure in as few as 21 months.
Request Info 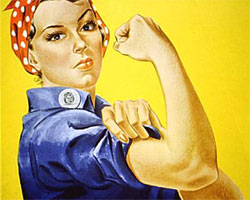 Until relatively recently, feminist theory usually appeared as part of a sub-discipline such as English or Philosophy. In the past few decades, however, educational institutions have increasingly created new departments devoted specifically to the study of gender, sexuality, and feminism. With so many different disciplines relying on feminist ideology, and with theorists themselves hailing from diverse backgrounds, there are several viable degree options for students interested in feminist thought.

Perhaps the most obvious degree choice is in Women’s Studies. Depending on the specific institution, this department may have a slightly different name, such as Women’s and Gender Studies, or Feminist Studies. While the specific name usually does not make a great difference in programming, it is important to note that Gender Studies is generally considered to be a broader field of Women’s Studies and may also consider the study of masculinity, gender identity, and sexuality. In general, Women’s Studies departments take an inter-disciplinary approach that combines the humanities and the social sciences.

Related: What Does a Sex Therapist Do?

A relatively new academic discipline, Women’s Studies departments began appearing in colleges throughout the 1970s. While these programs have grown over the past few decades, many colleges still do not offer Women’s Studies as a major; schools may instead offer the option to minor or receive a certificate in Women’s Studies. The National Women’s Studies Association maintains a searchable database of schools that offer undergraduate and graduate degree options in Women’s Studies and related core fields.

While it may come as a surprise, a degree in English also offers the opportunity to study theories of feminism. As a discipline, the study of literature relies heavily on many different theoretical approaches; feminist literary study has particularly brought feminist criticism and theory into English departments. Many English faculty have been trained in Women’s Studies and maintain cross-disciplinary affiliations with Women’s Studies departments. Also, English departments increasingly take a broader view of what constitutes “literature,” making it possible for English students to study texts outside the traditional limits of fiction.

Like English, Philosophy represents a more traditional academic discipline where it is possible to study feminist thinkers and theorists. Through Philosophy, students study the conditions of the human experience. Feminist study has become an important feature of Philosophy, resulting in the academic consideration of feminist philosophers and other theorists. As with English, Philosophy faculty may also maintain disciplinary or departmental affiliations with Women’s Studies programs.

For students more inclined toward the social sciences than the humanities, both Sociology and Anthropology also incorporate feminist theoretical work. Because the social sciences tend to be less reliant on philosophical theory, the feminist theoretical focus in these disciplines may be slightly less sustained and intense than it would be in the humanities. For this reason, a separate focus or minor in Women’s Studies would make an excellent complement to a degree in Sociology or Anthropology.

Feminist theory has proven to be influential in a number of disciplines across higher education. Generally speaking, most disciplines in the humanities will include work by feminist theorists, with English and Philosophy departments being those most likely to contain robust feminist components. The social sciences, however, also now routinely incorporate feminist critical work. Thus, it is possible to study feminist theory from within a number of academic disciplines or from a Women’s Studies program specifically. Selecting a home department or degree will often depend on the student’s preference in primary sources or general academic approach; many degrees, however, can be tailored to support a feminist specialization.