What is Body Psychotherapy? 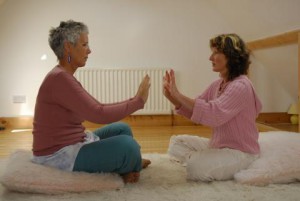 The history of body-oriented psychotherapy

Wilhelm Reich is generally considered to be the most significant figure in the development of body-oriented psychotherapy. Reich was a psychoanalyst from Austria who developed the idea that tension in the muscles is caused by the repression of emotions. Reich was known for developing a method of facilitating the release of this emotional tension in clients. Initially, the ideas of Wilhelm Reich were largely regarded as fringe notions that were not accepted by the mainstream. The ideas of Reich finally took off, however, in the 1960s and the 1970s when counterculture ideas gained prominence.

In recent years, there has been a rising focus in psychotherapy on the therapeutic relationship. While psychotherapy has traditionally hinged- to a certain extent- on the development of a positive relationship between the therapist offering therapeutic services and the client receiving therapy, this focus has been stressed in the years since body-oriented psychotherapy become accepted by the mainstream in the 60’s and 70’s. The characteristics of the relationship between therapist and patient has become so stressed that it is now considered to be a highly important part of achieving a successful outcome in any type of therapy.

One important factor of establishing this relationship is that the therapist should no longer presume to be such an expert. While in the past, the therapist or psychotherapist might have been looked on as something of a superior, nowadays body-oriented psychotherapy dictates that either in spoken language or through body language, a therapist should never assume an authoritative position. Taking on such a position could worsen the condition of a patient who has traditionally felt dis-empowered or overly passive.

How a body-oriented psychotherapy session unfurls

When human beings are suffering from psychological pain, they can often become lost in harmful behaviors that are habitual and repetitive. Body psychotherapy involves a stronger awareness of the relationship between the body and the mind and endeavors to end the repetitive nature of psychological pain through different “bodywork” techniques like breathing, movement, posture, or massage exercises.